Dr. Montessori observed that the child absorbs everything from his environment. The child takes his language, his accent, his religious preference, his ethnic characteristics, his cultural identity, his familial and community customs, his national identity and allegiance, his politics, his regional idiosyncrasies, etc. from his home, community and national environments. Consequently, she hypothesized that the environment must be of paramount importance to the child’s development and education. She further inferred that, to be effective, the learning environment must be carefully designed and prepared in such a manner that it responds to the ways that children actually learn.

In order to test her hypothesis, Montessori placed children in a new and different prepared environment, where she could observe them scientifically. Her observations of children lead her to the following discoveries.

Dr. Montessori also discovered that “An ordinary teacher cannot be transformed into a Montessori teacher, but must be created anew, having rid herself of pedagogical prejudices. The first step is self-preparation of the imagination, for the Montessori teacher has to visualize a child who is not yet there materially speaking, (she) must have faith in the child who will reveal himself through work. The Montessori Guide no longer sees the deviated child that stands before her, for through the eyes of faith in the power of the prepared environment, she already sees the beautiful, normalized child within that is even now struggling to emerge.

Dr. Maria Montessori’s meticulous research is supported by the landmark research in child development, early childhood education, bilingual and special education conducted by many of the world’s most outstanding scientists. Most notable among these are Jean Piaget, Lev S. Vygotsky, Noam Chomsky, Jerome Bruner, Erik Erikson, Howard Gardner, Jim Cummins, Stephen Krashen and Samuel Orton, et al. The work of these scientists has confirmed and enhanced our understanding of many of the observations, early insights, scientific discoveries and pedagogical practices implemented by Dr. Maria Montessori. 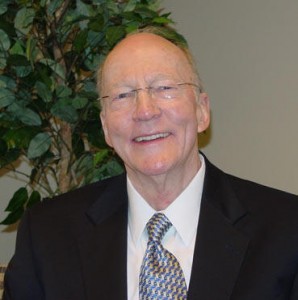